Respect For Our Game

Recently Basketball Victoria has introduced its “Respect For Our Game” initiative. While these rules are not in effect in any other part of Australia, it would be safe to say that other States will soon follow with the same or similar rules.

One of Sturt’s core values is Respect and we would welcome any such initiative in South Australia. Also, it is worth mentioning that virtually all of our teams will play games in Melbourne in 2019, many twice and performances by our Division 1 teams at June’s National Junior Classic are one of our indicators for our vision of “Basketball Excellence – Leading Australia”. It is important that we get “ahead of the game” for our performances to be great in Adelaide, Melbourne or wherever we are playing.

Respect For Our Game

Permissible, under the Respect for Our Game rules

Coaches and Team Captains can:

Not permissible under the Respect for Our Game rules, but can result in a warning:

Not permissible under the Respect for Our Game rules:

Clear examples of dissent or disrespect are:

will result in the calling of a Technical Foul – the penalty is 2 shots plus possession. The actions listed above are classified as Behavioural Technical Fouls.

Please note that the above is a Basketball Victoria by-law and is not a current BSA rule.

One of Sturt’s pillars of success is “Next Play Speed”. Simply put, our ability to move on quickly to our next job, particularly after adversity is vital to high performance of our teams and individually. The above behaviours indicate players and coaches that are distracted and not focussed on what is important, the present moment and what needs to happen next to help us be successful.

Sturt Players, Coaches and Supporters. Please understand that the above behaviours that are not permissible, are not what Sturt is about. If you find yourself, or one of your team mates, or one of the players you coach or support engaging in these behaviours then please remind them, at the appropriate time, that respect of officials and the game is required at all times.

Instead, when confronted by adversity, MOVE ON and do it quickly, focussing on the NEXT PLAY. If there is a break in play, huddle quickly with your team mates and discuss what you and your team need to do on the next possession. This is what high performance teams do that separate them from the rest, and what the best players do better than the next best. Remember, NEXT PLAY always! 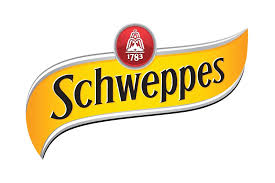